The activity of direct collection of rainwater : water harvesting 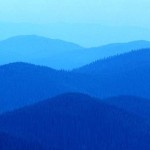 In general, water harvesting is the activity of direct collection of rainwater. The rainwater collected can be stored for direct use or can be recharged into the groundwater. Rain is the first form of water that we know in the hydrological cycle, hence is a primary source of water for us.

Assuming that the average Indian population of an Indian village in November 2000 is approximately 1200. India’s average rainfall is about 1170 mm. If even only half this water can be captured, though with technology this can be greatly increased, an average Indian village needs 1.12 hectares of land to capture 6.57 million litres of water it will use in a year for cooking and drinking. If there is a drought and rainfall levels dip to half the normal, the land required would rise to a mere 2.24 hectares. The amount of land needed to meet the drinking water needs of an average village will vary from 0.10 hectares in Arunachal Pradesh (average population 236) where villages are small and rainfall high to 8.46 hectares in Delhi where villages are big (average population 4769) and rainfall is low. In Rajasthan, the land required will vary from 1.68-3.64 hectares in different meterological regions and, in Gujarat, it will vary from 1.72-3.30 hectares.  And of course any more water the villagers catch can go for irrigation.

Does this sound like an impossible task? Is there any village that does not have this land availability? India’s total land area is over 300 million hectares. Let us assume that India’s 587,000 villages can harvest the runoff from 200 million hectares of land, excluding inaccessible forest areas, high mountains and other uninhabited terrains, that still gives every village on average access to 340 hectares or a rainfall endowment of 3.75 billion litres of water. These calculations show the potential of rainwater harvesting is enormous and undeniable.